The following material can be referred to throughout this course. 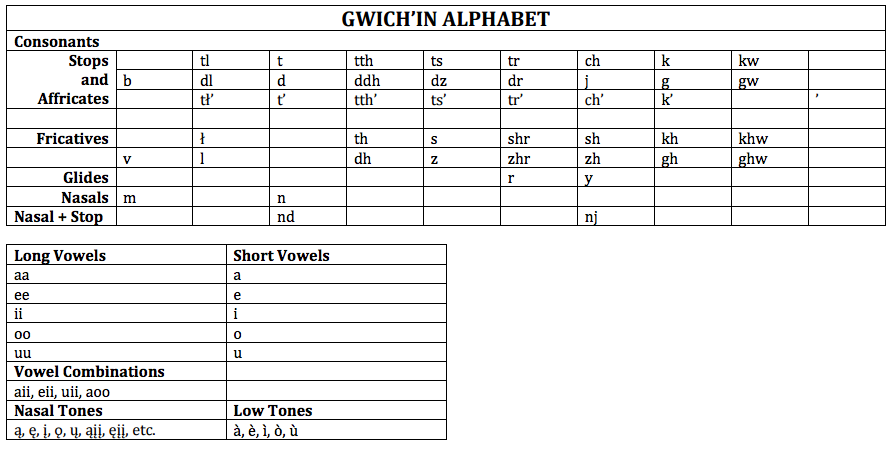 Using the Alphabet on Your Computer

In order to type in special Gwich’in characters (like Å‚, aÌ€, eÌ¨iÌ¨iÌ¨, etc.)  you will need to install the Gwich’in keyboard layout.  Go to Language Geek – Athabascan Keyboard Layouts  and find the ‘Windows Download‘ under ‘Alaska Athebascan’ and follow their instructions on how to install it. If you use a Mac, go a little further down the page and click on  the NWT Athabascan ‘Mac Download‘ and follow the instructions for Mac installation.  Each section has a pdf available for the keyboard layout that you can also print out for reference. 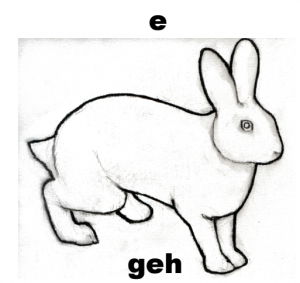 Click on the image above to view more visual examples of sounds and alphabet.

In Gwich’in there are some unique symbols and sounds that English speakers may not be familiar with.

The “Bar L’  or “Indian L” which is represented by this symbol: Å.  The Å sound is made by putting the tip of one’s tongue to the roof of the mouth and pushing the air out of both sides of the mouth to make an air rushing sound like in the video below.

To get a better understanding of how the bar L,  glottal stop, and other consonants sound, listen to the videos and try to repeat the sounds made.

The use of tone differs across Athabascan languages. For example, Tanacross has high tone, rising and falling, whereas in Ahtna there is no use of tone.

Another important feature in some Athabascan languages, such as Gwich’in, is the use of the nasal. A nasal is a hook-like mark that is placed under a vowel or vowels that indicates the sound is to be produced through the nose and mouth, not just the mouth.

Listen to a lesson on nasalization here.